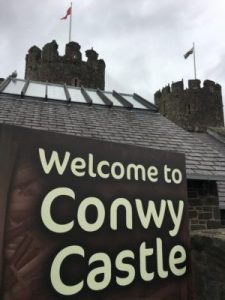 e staying in Wales, I was determined to visit one of the area’s Medieval Castles.  Because Conwy was touted as the best preserved, with the added bonus of being able to walk along the remaining town walls, we thought it would be a great choice.  From Llandudno, we boarded the train for the half hour journey to Conwy Castle, just a short walk from the train station.

Conwy Castle was built in 1283 for Edward I, and is known as one of the great castles of medieval Europe, a key fortress in Edward’s ‘iron ring’ of castles, built to protect the Welsh.  Its design was meant to humble and intimidate, and there is no doubt that it accomplished this goal.

The original township of Conwy was protected by a three quarter mile ring of town walls, protected with 21 towers and three gateways.  Today, much of this wall still stands, and visitors are able to walk its walls, and be transported back in time. 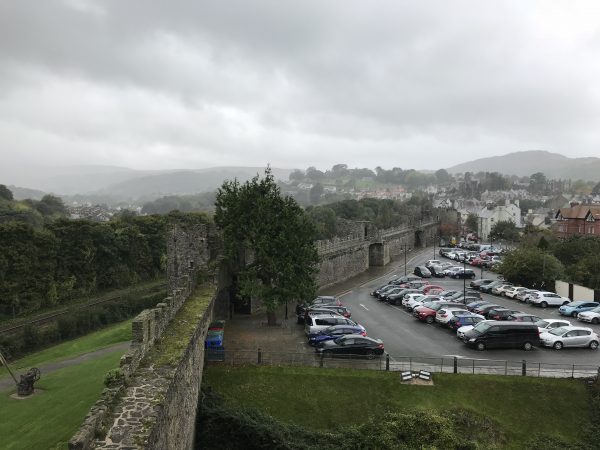 There were various points of remaining towers where we could climb the stairs to access the walkable portions of the walls, and many sections had newer wood staircases and floors to make this possible. 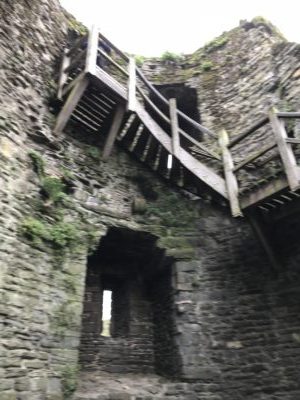 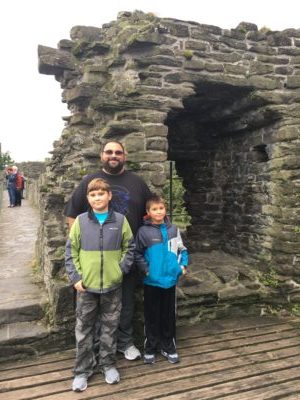 When we arrived in the Visitor Center, there was a cute, animated movie about how the land was acquired for Conwy Castle, which was built in an astounding 4 years, and its cost was 15 thousand Pounds in 1283, which would be equivalent to 45 million Pounds today. 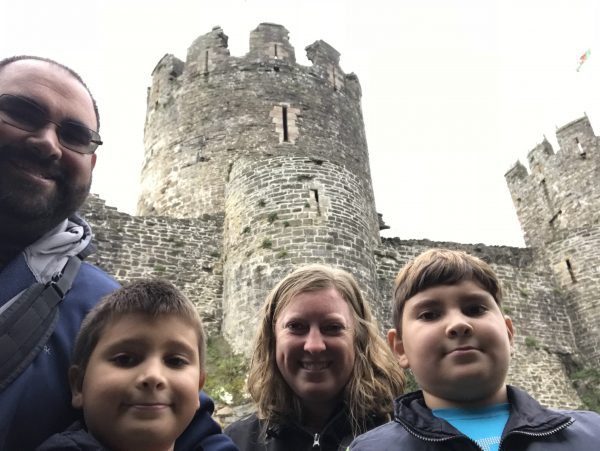 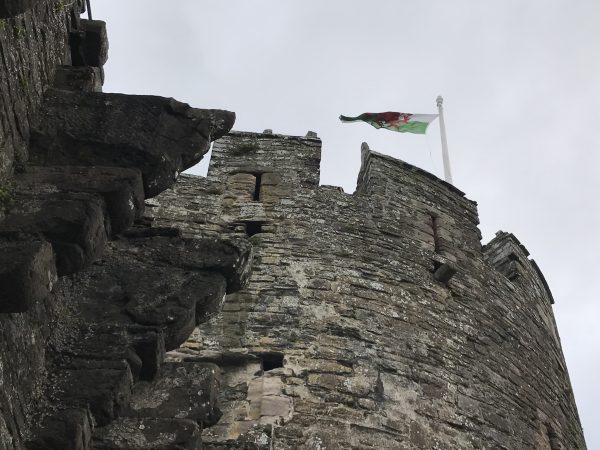 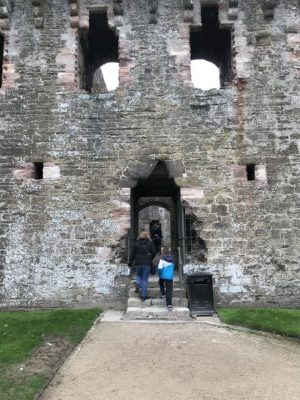 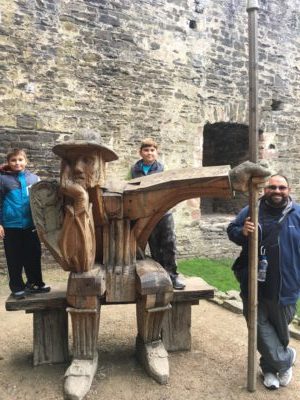 Although the roof is absent, the rest of the castle is well preserved, with its 125 foot Great Hall and King’s Apartments and 8 towers, commanding views over the River Conwy, and its beautiful countryside. 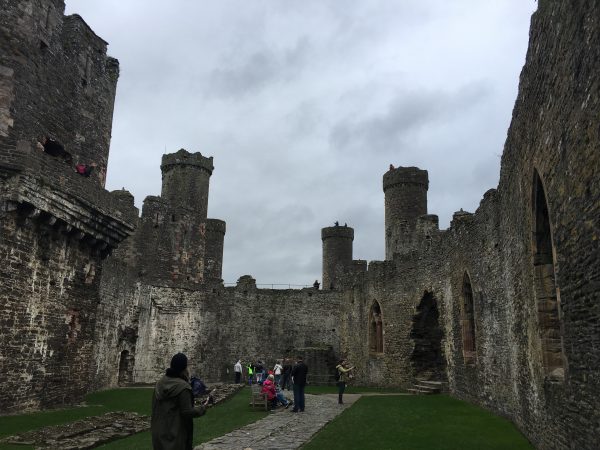 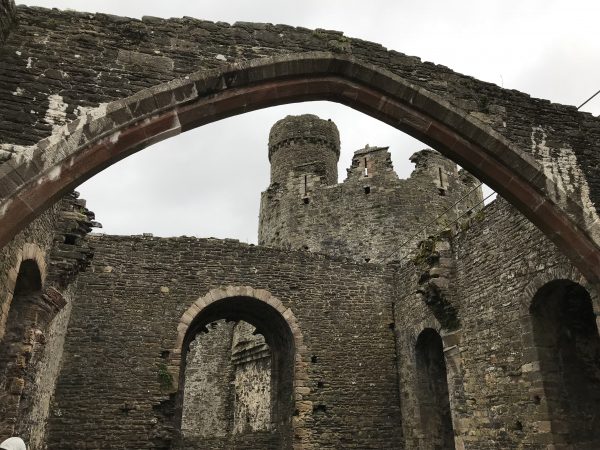 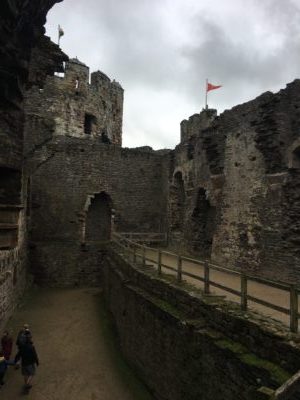 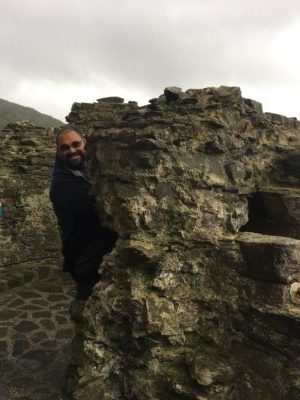 The towers were the most impressive sight, and were of various heights. 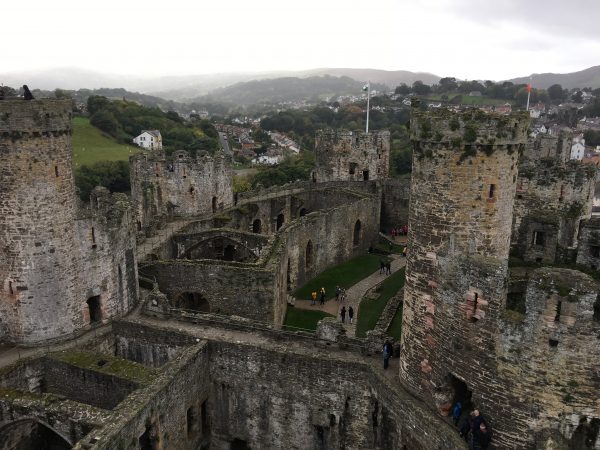 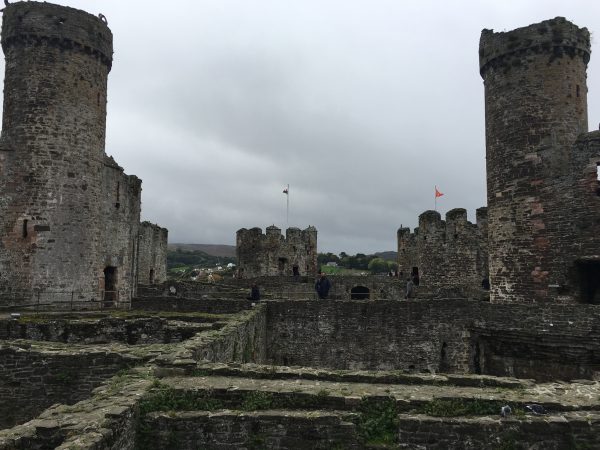 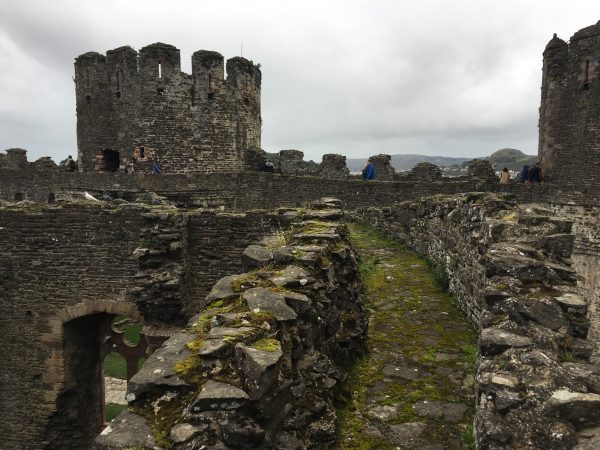 Wandering through the castle, I enjoyed conjuring up images of what it would have been like to walk through this castle at the height of its glory. 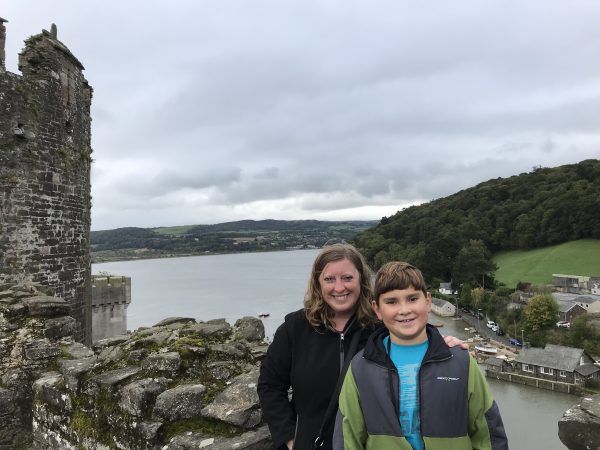 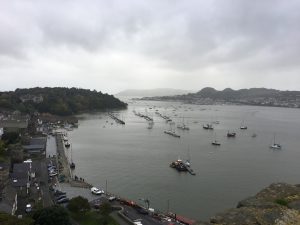 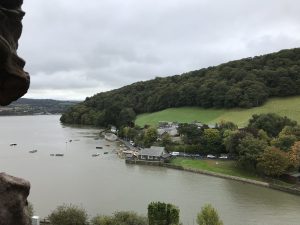 I was anxious to climb up the towers, and the first tower we chose to climb wasn’t as high as some of the others.  As we left the enclosed rounded staircase, and stepped out onto the summit, our initial reaction was awe. 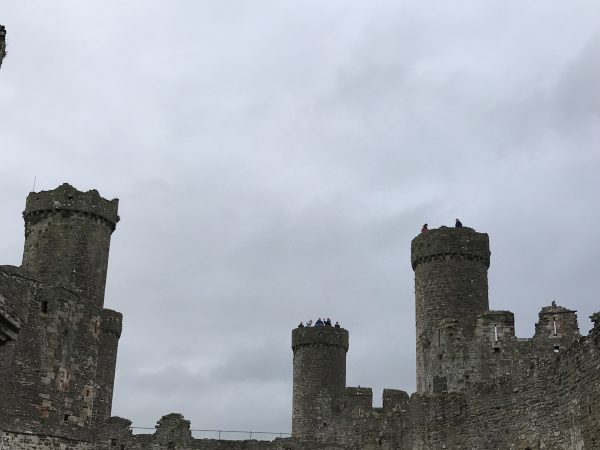 However, as I looked around the circular summit, I suddenly felt uneasy.  First, the turrets in the wall were only about 3 feet tall.   I gasped out loud as I watched two toddlers running toward the turrets, and about fainted away, thinking that they’d topple right over the edge.

Secondly, as you can see in this picture below, there was a massive pit in the middle of the tower.  Now I’m guessing this is because the roof was no longer present, but it was only sectioned off by this little metal railing. 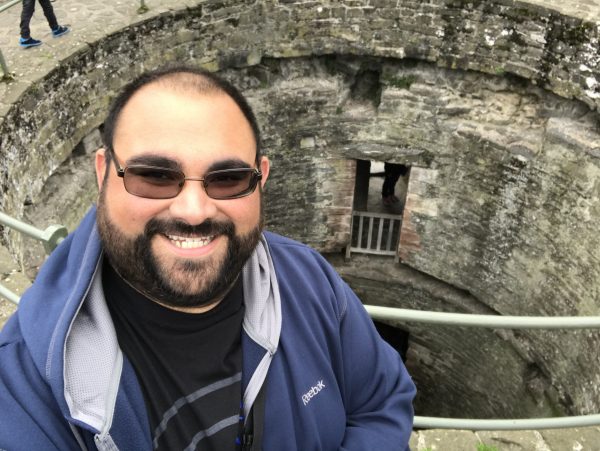 Nonetheless, the views were stunning and impressive, but the mother instincts in me had kicked into high gear, and I just couldn’t enjoy it.  Normally, I live for this stuff!

Even though my kids were completely unfazed, and were very cautious, you see below my paranoia was still in full force.  I couldn’t get off this tower fast enough! 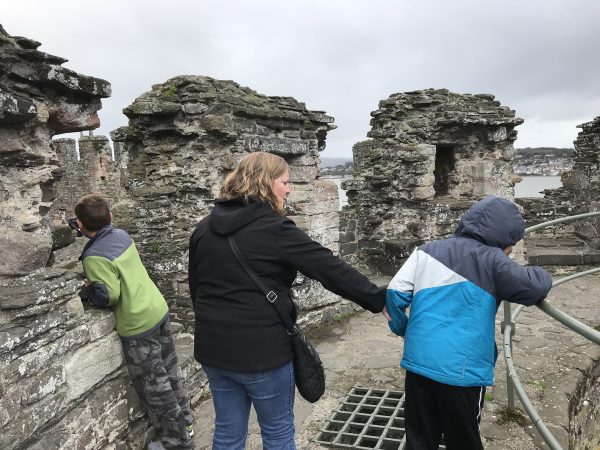 After that experience, I still couldn’t resist visiting the highest tower, keeping my fingers crossed that this one didn’t have a pit looming on the inside.  The climb up the rounded staircase was long, but in my mind, it had to be done!

This time, I was in luck, no pit in the middle.  However, the sheer height of this tower took my breath away.  There were still turrets that only stood about 3 feet high, and the wind was really whipping up there.  I only took a quick picture or two, too nervous that my camera would get blown over the top.

This was certainly one of the coolest castles of our trip! 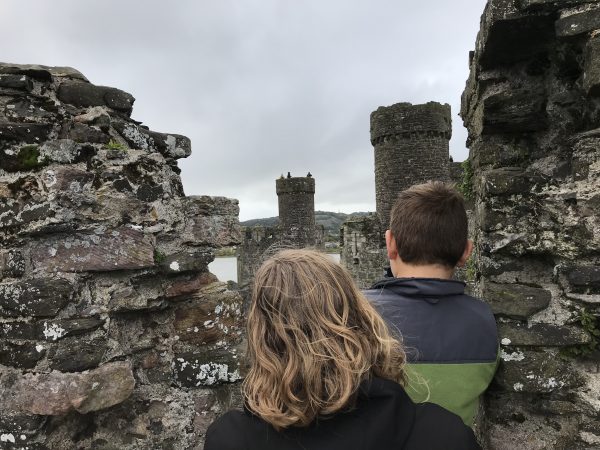 Next, we strolled down a few blocks, admiring the cute buildings that still seemed frozen in time, nestled within the protective city walls. 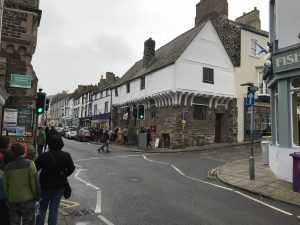 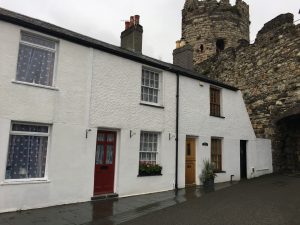 Just along the waterfront, sat the Quay House, a tiny red house holding the title of The Smallest House in Great Britain.  It measures only 3.05 m x 1.83 m (10 x 6ft) and was last lived in by Robert Jones, a man who was 6 feet 3 inches tall! 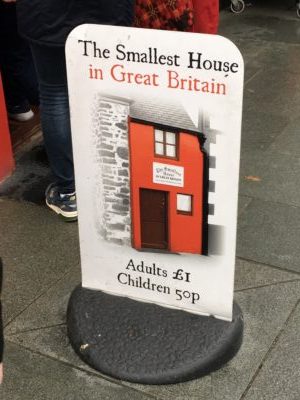 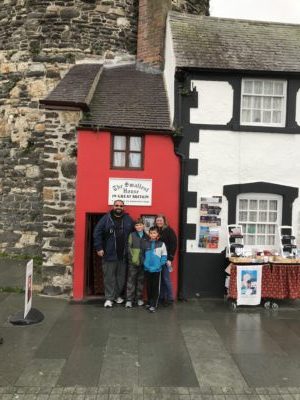 The four of us squeezed into the single, ground floor room, containing a sofa, stove, fireplace, and table.  Then a ladder extended up to the tiny bedroom above, but we could only view it from our position at the top of the ladder.   It was kitschy, but fun.

Click below to see the video version of Conwy: